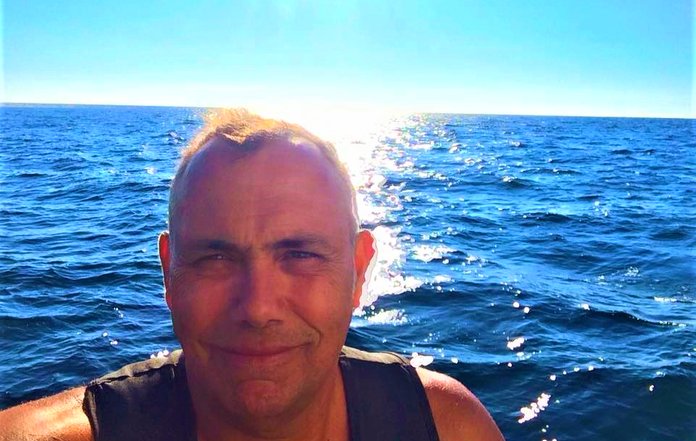 Rory is a South African artist living on the west coast of Sweden where he works as a sculptor, painter and graphic artist.

He has exhibited widely in Scandinavia as well as in Holland and South Africa and is generally known for the playful humour that is expressed in most of his work. His work is featured in numerous municipal, state and corporate collections around Scandinavia.

Apart from exhibiting in galleries and museums, Rory does public commission work in a variety of techniques and sizes doing both interior and outdoor pieces.His latest pieces being at Härryda school Göteborg, Näl hospital(Trollhättan,Sweden)and Uddevalla hospital(Uddevalla, Sweden)

Rory leads popular workshops for schools, youth centers, private groups and companies in a variety of techniques such as painting/mixed media and general sculpture workshops using the materials clay, concrete, glass, plaster of paris etc. Feel free to contact him if you´re interested.

There have been a number of spontaneous improvised happenings together with the jazz-Group Fun over the years in different places (Gerlesborgskolan, Bohusläns Museum, Art Institute Skärhamn etc) and these will continue to pop up now and then...check out the Facebook page Rory Botha Art for possible ads about this.

Rorys studio is in central Uddevalla (Bohuslän Sweden) corner of Öster and Kihlbäcksgatan and if you want to visit him there and see a wide selection of his art, feel free to contact him for a drop-in-view. A good opportunity to see his art is when he has open-house-studio during the easter-weekend "Södra Bohusläns Konstvandring" (see whats on page)

A random selection of exhibitions: